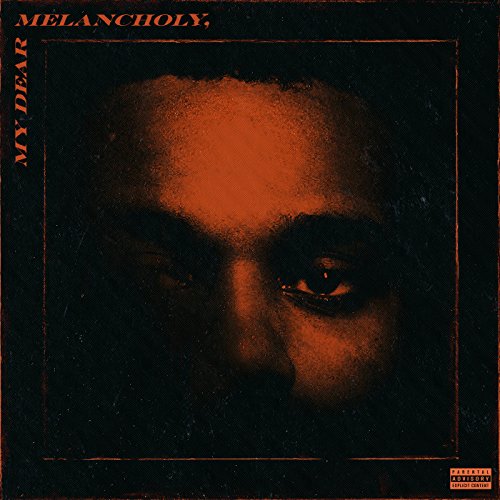 [dropcap size=big]B[/dropcap]etter late than never. Since the release of The Weeknd’s six-track EP back on March 30th, I’ve listened to it a lot. Maybe not as much as Kali Uchis’ debut or KIDS SEE GHOSTS, but a good amount. I had to take my time with this. Abel is one of my all-time favorite artists. When My Dear Melancholy, dropped, it was a hard pill to swallow. Even though I enjoyed listening through it the EP left me unsatisfied. He’s never been an EP artist to me. It seemed to me that he didn’t need to hold fans over with a tweener project. Nevertheless he had something on his heart. And, considering what that something was, I can’t blame the man. Have you ever dated the most stunning model in the world? Odds are you probably haven’t. So, this project’s relatability isn’t exactly universal.

However, fellas: How many of us have tried to get our girl back? Most of us likely have. This is The Weeknd’s version of that. Honestly, I feel for the guy. Following my first play of “Call Out My Name” I thought this would be an epic EP. The song has yet to grow stale. Abel’s impassioned vocals instantly get me in my feels. This is what he does best. Despite a noteworthy start, the rest of My Dear pales in comparison. Like many other projects, this one suffers from sequencing issues. There is no doubt — artists need to kick off their projects with a banger. Not necessarily a hard-hitting track, but a memorable song nonetheless. Here The Weeknd does just that. Yet it makes the other tracks feel flat. Rather than making his best song the centerpiece, Abel opts for a flash-in-the-pan tracklist. Clearly there’s a concept here.

Due to the constant pleas for his ex-lover to return, a more meticulous sequence would’ve left a greater impact. While the subsequent songs aren’t garbage, they aren’t that interesting either. “Try Me” would be my intro. It simply makes sense. A faint crackling opens the track. This sound comes back in the EP’s closer “Privilege.” The ribbon effect is quite useful. It is a literary tool where a writer makes a callback to an element in the beginning of their story at the end of their story. This creates a sense of closure, and pays off a thoughtful setup. The ribbon effect is just as relevant in music too. “Try Me” sets the mood of the EP without giving away too much of its best material. It ends with the refrain “Don’t you miss me, baby?” C’mon. That is a perfect way to open this story.

7 Songs That Brought Me to Tears

Abel thought differently, however. “Wasted Times” does complement “Try Me,” though, and I like that back-to-back position. “Wasted times… I spent with someone else.” At times, I don’t know if I’ve ever heard such believable saltiness on a track. Yet a handful of forgettable hooks and cringeworthy lines make for a lulling listening experience. Despite only 22 minutes in length, My Dear tends to drag. French record producer Gestaffelstein makes a dual appearance here. Although I enjoyed Abel branching out, I’m not a fan of double features. More often than not, they aren’t necessary. The magic between two artists, especially on their first public collaboration, usually only lasts for one track. “Hurt You” is a decent track. There is potential for a dope song in the future for these two. For now, though, I could do without “I Was Never There” entirely. Its wailing background siren becomes ultimately unbearable.

With five tracks, My Dear Melancholy, has much more oomph. A ballad as passionate as “Call Out My Name” deserves a proper buildup. Too many times I see mainstream albums stuff their best songs into the first half. This hinders them from exuding true staying power as a complete artistic statement. I understand that many artists probably don’t care about making an artful statement. Nevertheless, in my opinion, how an album ages contributes to how it’s remembered. For this EP, there is an overt focus. Weeknd wants his girl back, but she just won’t give in to his charm. Melancholy is definitely in full effect here. For the most part I dig this sonic direction. Voice distortion tactics are at a minimum. And the project features some cohesion. Yet lines like “Girl, I’ll come and put myself between your lips / Not between your heart” make me roll my eyes.

Additionally, “Who do you belong to now?” rubs me the wrong way. Like bro, she ain’t never belonged to you, or anyone for that matter. A little over half of the songwriting here sounds generic, even though the song topics are super specific. Perhaps he was aiming at two targets instead of one? Knowing a superstar playboy like The Weeknd, I wouldn’t put it past him. Conversely, the line “But if you call me up, I’m fucking you on sight” I can’t help but love. It embodies exactly who The Weeknd portrays himself to be. I appreciate his honesty and transparency throughout My Dear. While his lyrics aren’t always careful they are at least genuine. Even if he is genuinely an asshole at times, he is also making himself vulnerable for the one (or two) he loves. Not gonna lie, I’ve got a soft spot for artistic vulnerability.