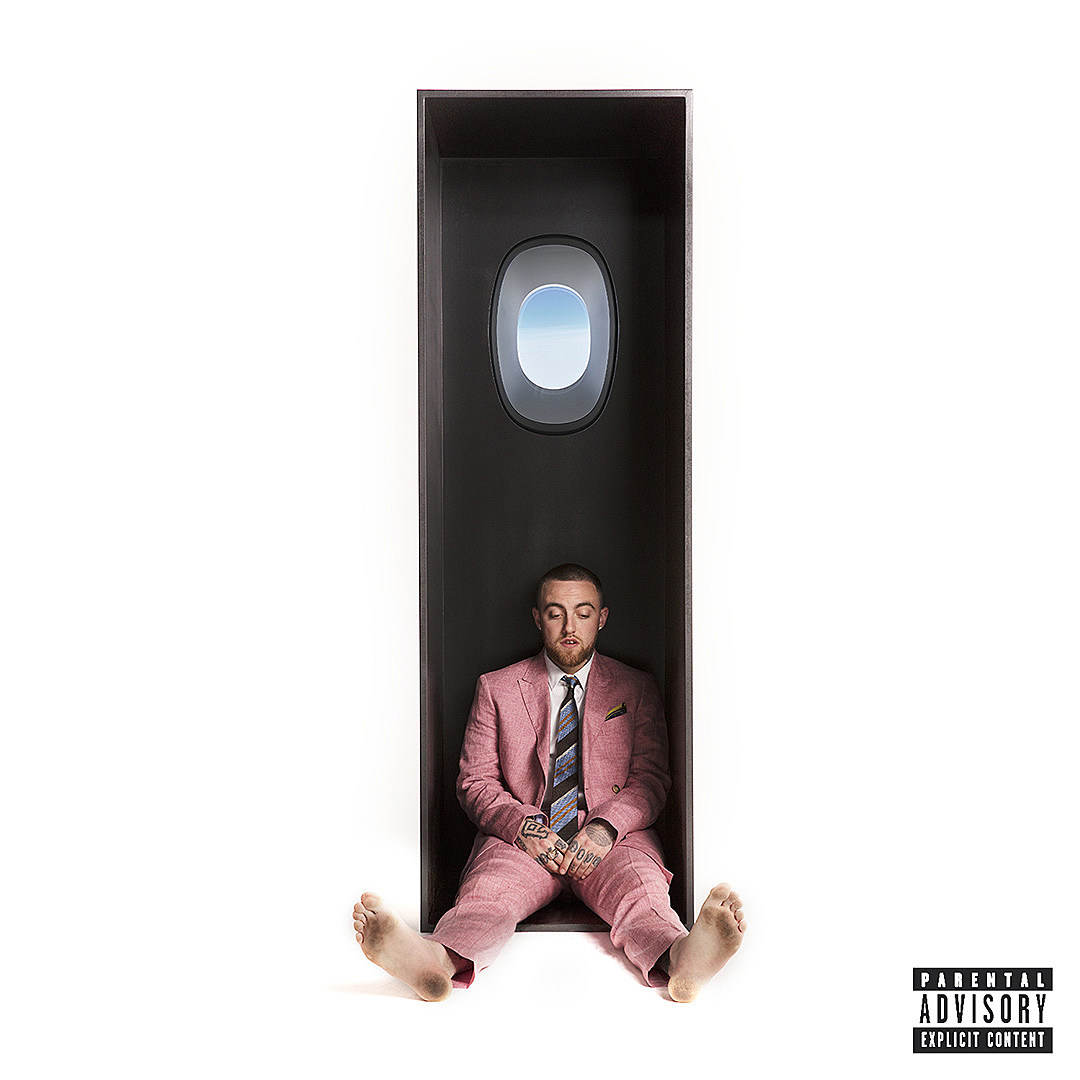 [dropcap size=big]D[/dropcap]espite his current tabloid troubles, Mac Miller remains in control of his art. On his fourth studio album, he experimented with love. His singing was less than favorable. Yet I appreciated the effort. Too many hip-hop artists are not brave enough to lay their emotions on the table. Mac is not the first to do so, however. Kid Cudi, Kanye and Drake made emotive hip-hop cool. And I thank God. Due to their courage the rap landscape expanded. Although this Pittsburgh product stumbled early, he elevated his art the second time around. Mac Miller’s drug-inspired projects, Watching Movies with the Sound Off and Faces, changed my view of him as an artist. The latter is my favorite mixtape of all-time. Across 24 tracks, Mac exhibited multiple personas and styles. While I am fan of his subsequent work, his other projects are not nearly as impressive. Nevertheless I enjoy Swimming.

It took me a couple listens, though. At first the album’s sleepy vibe bored me. Also, Mac Miller’s singing voice improved by zero percent. Skeletal instrumentals like these highlight Miller’s tone-deaf vocals. Needless to say, they made me cringe. “Dunno” I can’t even listen to, honestly. Following these latest two albums, I hope Mac opts to let better singers accent his songs. However, when he raps, Mac is as solid as ever here. J. Cole lends a hand in the production on “Hurt Feelings.” This surprised me. I haven’t heard Cole assist on too many projects other than his own. It seems as though he respects what Mac and Joey Badass stand for artistically. And for good reason. On Swimming, Mac Miller stares his demons in the eye, coming to grips with his responsibilities as a man. Standout “2009” is a transparent piece of hip-hop magic.

“Jet Fuel” I also liked. Hardy production from DJ Dahi, Steve Lacy of The Internet and Mac himself provides much needed zest. Throughout this album I found elements to praise. Intro “Come Back to Earth” sets the tone well. “What’s the Use?” and “Ladders” add some funky grooves to the tracklist. In theory, I’m a fan of this approach. And for the most part I like the songs. However, Mac’s performance holds them back. Compared to the other spacey, stripped-back beats these grooves stand out. But nothing about the songs leaves much of an impression. The songwriting here lacks personality and vigor. Mac’s deliveries span from goofy to intimate. Yet none of the hooks stick. The sleepy vibe presented makes for a less than memorable listening experience. Mac Miller is one of my favorite rappers. So, I tend to find the positive in his albums.

Alas, just because I like a project doesn’t make it great. Don’t get me wrong: There is noteworthy substance here. Miller shows maturity with honest self-commentary and old school musicality. The overall sonic atmosphere of Swimming pleased me. However, after extended listens, not much of this material gives me a reason to return to it. This is an incredibly niche album. A certain mood, a certain type of situation must arise for Mac’s latest to hit its intended target. If you battle with self-doubt, addiction, loneliness or depression, Swimming just may help you back on your feet. Be warned, though, if you’ve eaten a hearty meal within 45 minutes of listening, this one could have you snoozing before 8 o’clock. This is not a bad album. It is simply an uninteresting one. Even with great grooves behind him, Mac Miller fails to inject vitality into his most personal effort.