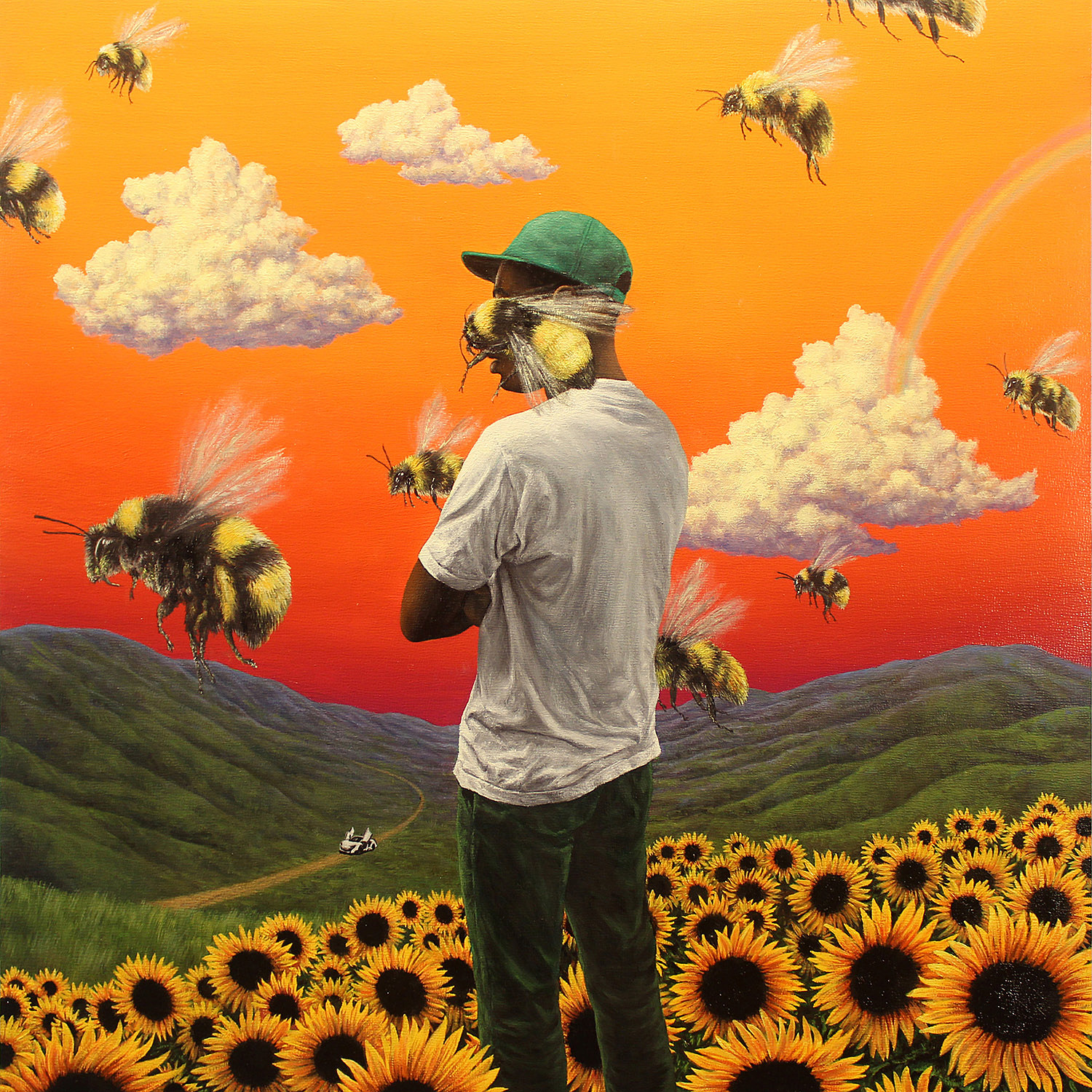 Over the years, Tyler, the Creator has earned himself a polarizing reputation. His earlier work with his Odd Future comrades can be described as obnoxious, immature, and comical. Alongside talented artists like Earl Sweatshirt, Frank Ocean, and Syd, the sky was the limit for Odd Future. However, the California hip-hop collective never seemed to truly maximize their potential. There were a few compilation mixtapes that yielded a handful of great tracks. Yet once the buzz of their underground appeal peaked, the group members began going in separate directions. Syd and Matt Martians formed The Internet. Earl’s mother panicked after his newly acquired fame, shipping him off to an island boarding school. Frank was dealing with a label that didn’t believe in his talent. And Tyler emerged as a head-turning star in the making. Despite Odd Future’s hiatus as a whole, its affiliates remain close friends and collaborators to this day.

Their continued friendship remains in tact on Tyler, the Creator’s fourth studio album, oddly titled Scum F*ck Flower Boy. Frank Ocean appears on two tracks. Steve Lacy of The Internet sings on one track and plays guitar on another. Davon “Jasper” Wilson supplies some additional vocals on “Mr. Lonely,” among many other contributors. Flower Boy has a dreamy, contemplative sound that places Tyler at the pinnacle of hip-hop album making. The production heard here is generously stellar. It holds the listener tight and does not let go. Compared to his previous work, this album is much softer. The underground/hardcore sound that earned him fame is largely missing in action. For the most part, a wispier, jazzier palette has replaced it. Surprisingly, this suits Tyler well. Although his last album Cherry Bomb felt rather ambitious, it lacked refinement. However, it is essential to his discography, in my opinion.

Listening to Cherry Bomb made me appreciate this album that much more. Hearing the evolution of Tyler’s compositions makes Flower Boy an even greater triumph. In the past, Tyler tried blending heavy bass with jazzy interludes and breakdowns that ended up sounding cluttered. Combining near polar opposites is a tough task to say the least. His growing pains were clear, but I still applaud Tyler’s artistic ambition. Experimentation is necessary for an artist to grow, which is especially true in the case of Scum F*ck Flower Boy. This album kicks so much ass. It opens with a reflective inquiry of Tyler’s place in this world. His love for life is certain, though he wonders what it all means in the long run. This type of transparency is what we needed from Tyler. His past has distracted most from his undeniable talent. He is no longer a shock value rapper.

Tyler, the Creator has blossomed into an ultra savvy musical craftsman. His team of features are supremely competent. Each guest fits snugly into their role, hitting it out of the park. An eclectic group ranging from A$AP Rocky to Anna of the North aids Tyler through his ethereal thoughts. “Boredom” featuring Anna, Corinne Bailey Rae, and album standout Rex Orange County is the best mainstream song of 2017. Some may disagree, but it goes toe-to-toe with this year’s best. The only complaints I have here are minor. The track sequencing could be tighter. Personally, I would have switched “November” and “Glitter” to give the album a more satisfying conclusion. I also would have asked Frank to distinguish his vocal performances. He sounds the same on both tracks. His neutral delivery clashes with the zest of “Where This Flower Blooms”. Nevertheless, Flower Boy is Tyler’s most visceral work yet.